A charming guy whom i met during my several trips to Pulau Panggang. Back then he rents his boat for our island hopping trips but now he expands his business to a bigger boat to transport material from Pulau Panggang to Jakarta or vice versa. Going with him is such an entertaining boat ride. Most memorable time was when he said in his most raspy voice “Terryna, every island here always has a host..” Here in indonesia, host can also means a ghost that lingers at one place. It terrified us all, especially when he said it @midnight and one of my friend just point a dark corner on the island, where people usually sense some discomfort. Pak Wani then continues, still in his hoarse voice “like this island for example, the host is Pak Amsori!” hahaha Pak Amsori is definitely still alive and he takes care of the island. We were just being paranoid and Pak Wani who knew  that we were scared, successfully reduced our fear with his joke  .

Pak Yanto is the son of Pak Wani. His demeanor might be rough around the edges, but it is evident that he’s kindhearted. One of his traits is how strong he was underwater. Like when we made our coral garden in front of Semakdaun. All of us went up several times for a new supply of fresh air in between duck-dives. But he was just sitting, literally, on seabed, taking an underwater picture and video. Well, i guess some people just lucky to have extra gills under their ears 😛

1 thought on “From Panggang Island With Love” 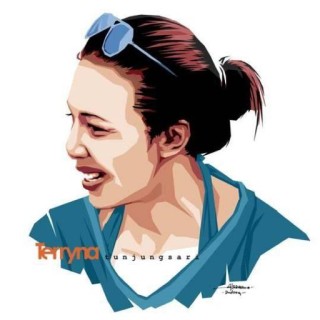 She is naturally a sanguine who loves to tell funny stories to entertain her friends. But years of work forges her into an assortment of OCD and a mild control freak. Found excitement in entrepreneurship, exploring new place and new activities (especially ones with higher dose of adrenaline), meeting new people and rediscovering herself. These days @TravelingID and @Gaeahomes has become her incubator to channel all of those. For her personal notes about her findings of Indonesia, she can be seen teleporting between her blog and her twitter @terryna_t.